A blue tinted magazine photograph of a young child jumping inspired this body of work. She was suspended in mid air; the muscles taut with purpose, her gesture free and joyous. Initially it was the action that attracted me. How to create movement and lightness? As I worked, more ambiguous worlds started to take shape. The indeterminate quality of the figures that exist in a space before birth or after death, or in the dream world of childhood before rationality takes root.

They hover at the mysterious border separating the familiar from the obscure, a space of open possibility. Jumping up but coming down, spinning outward but meditating inward. 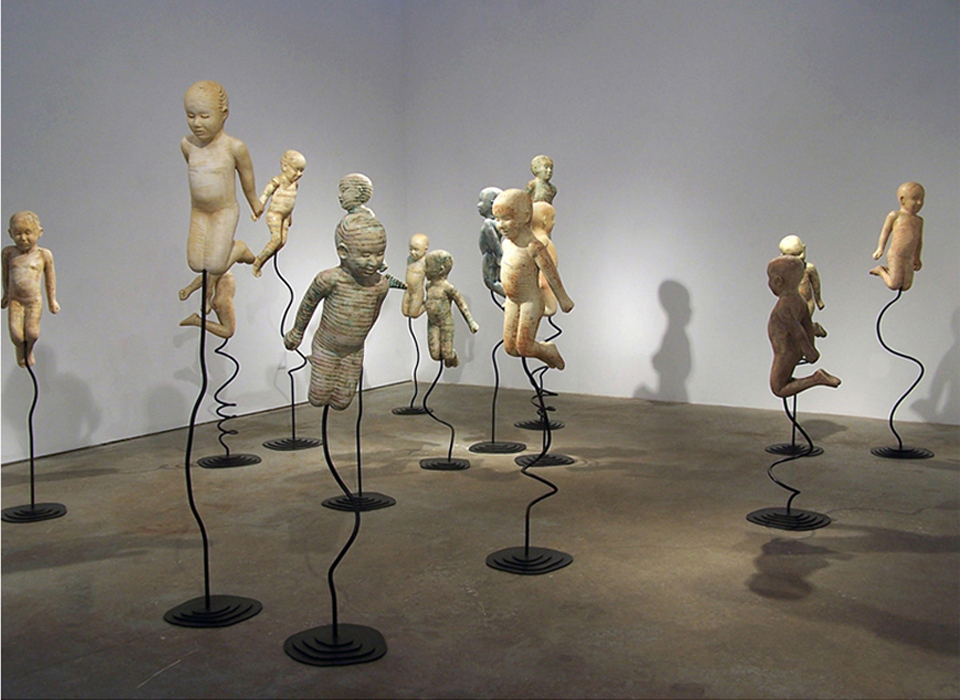 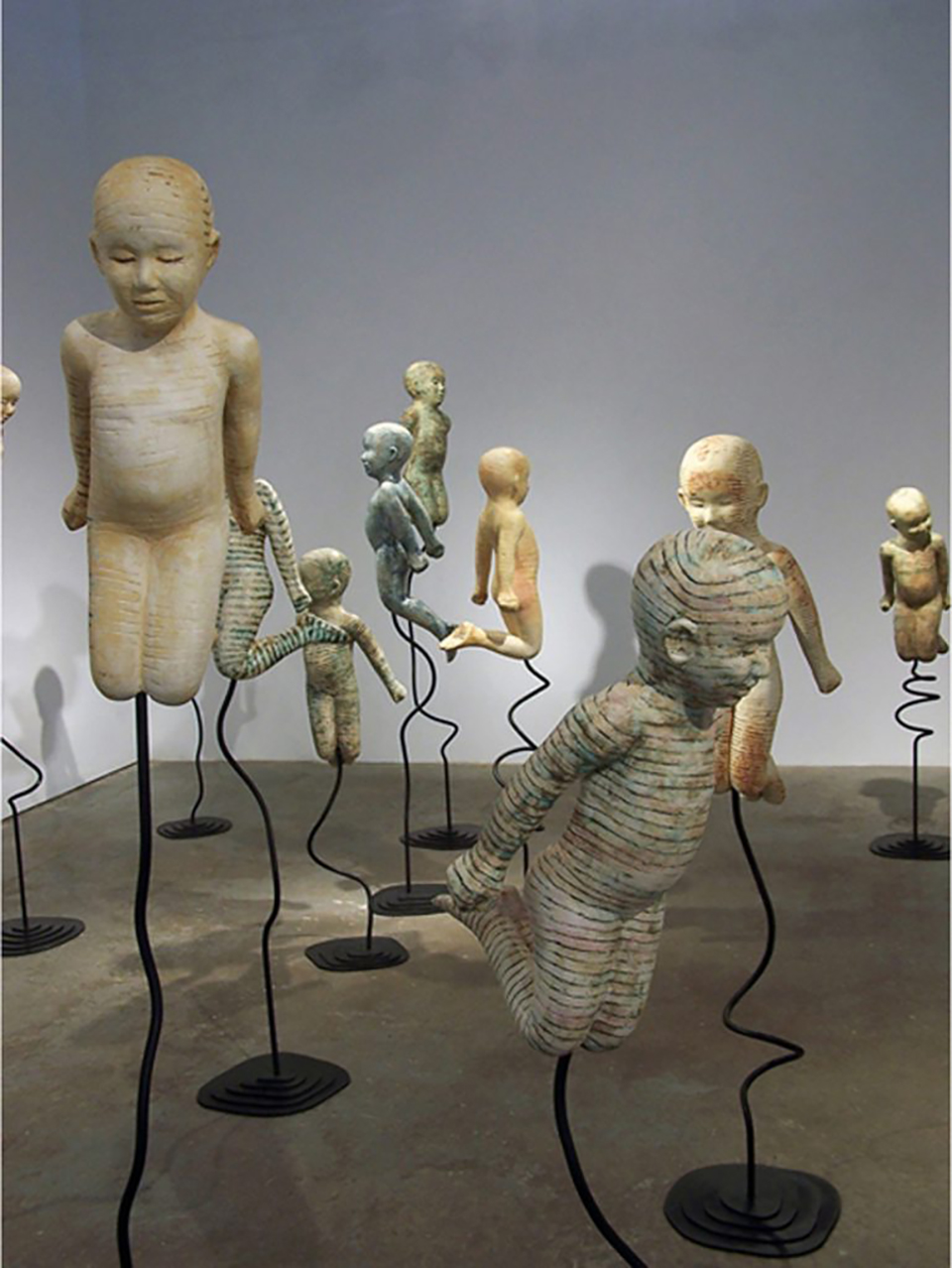 another view of Installation at David Kaye Gallery 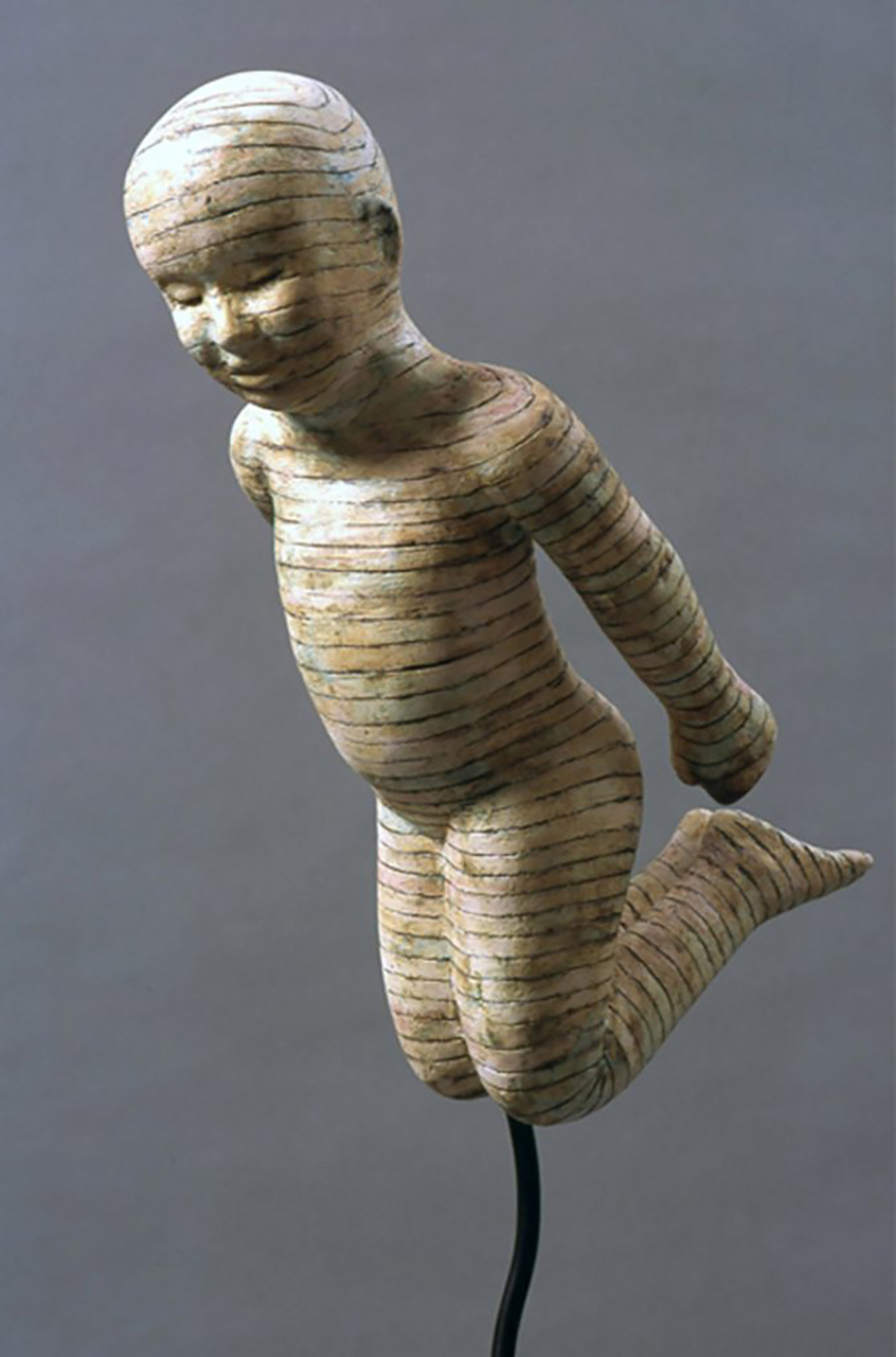 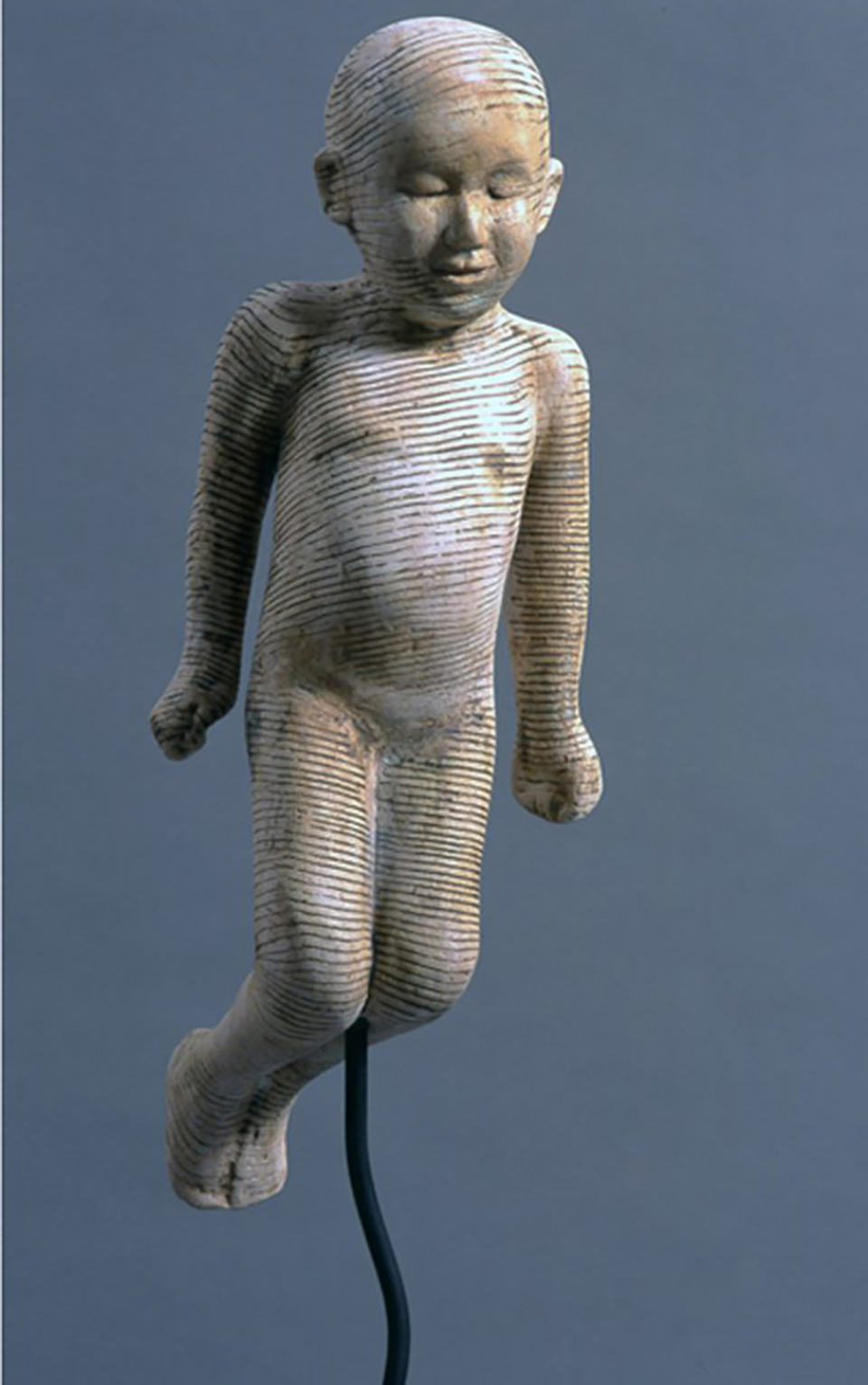 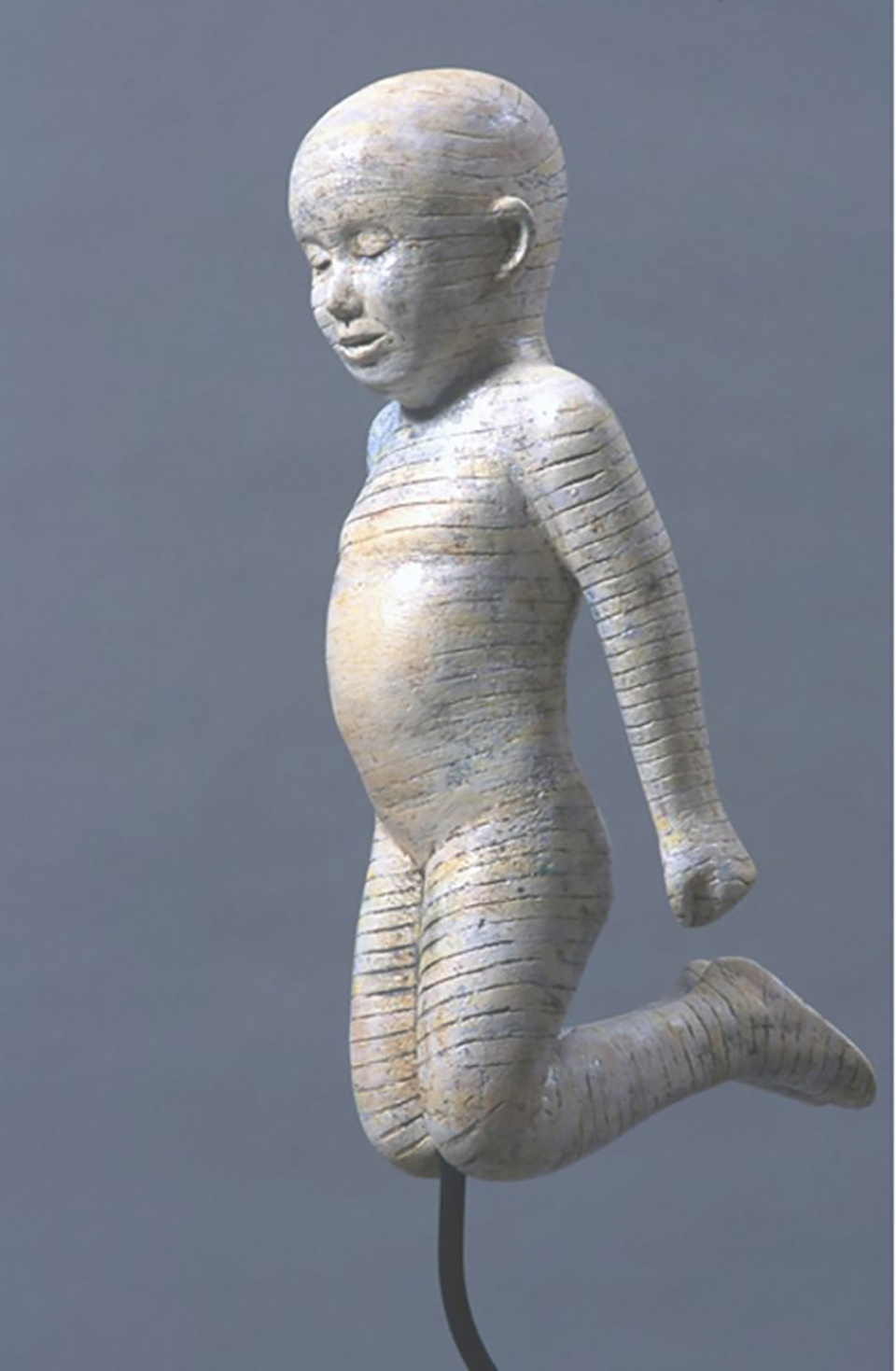 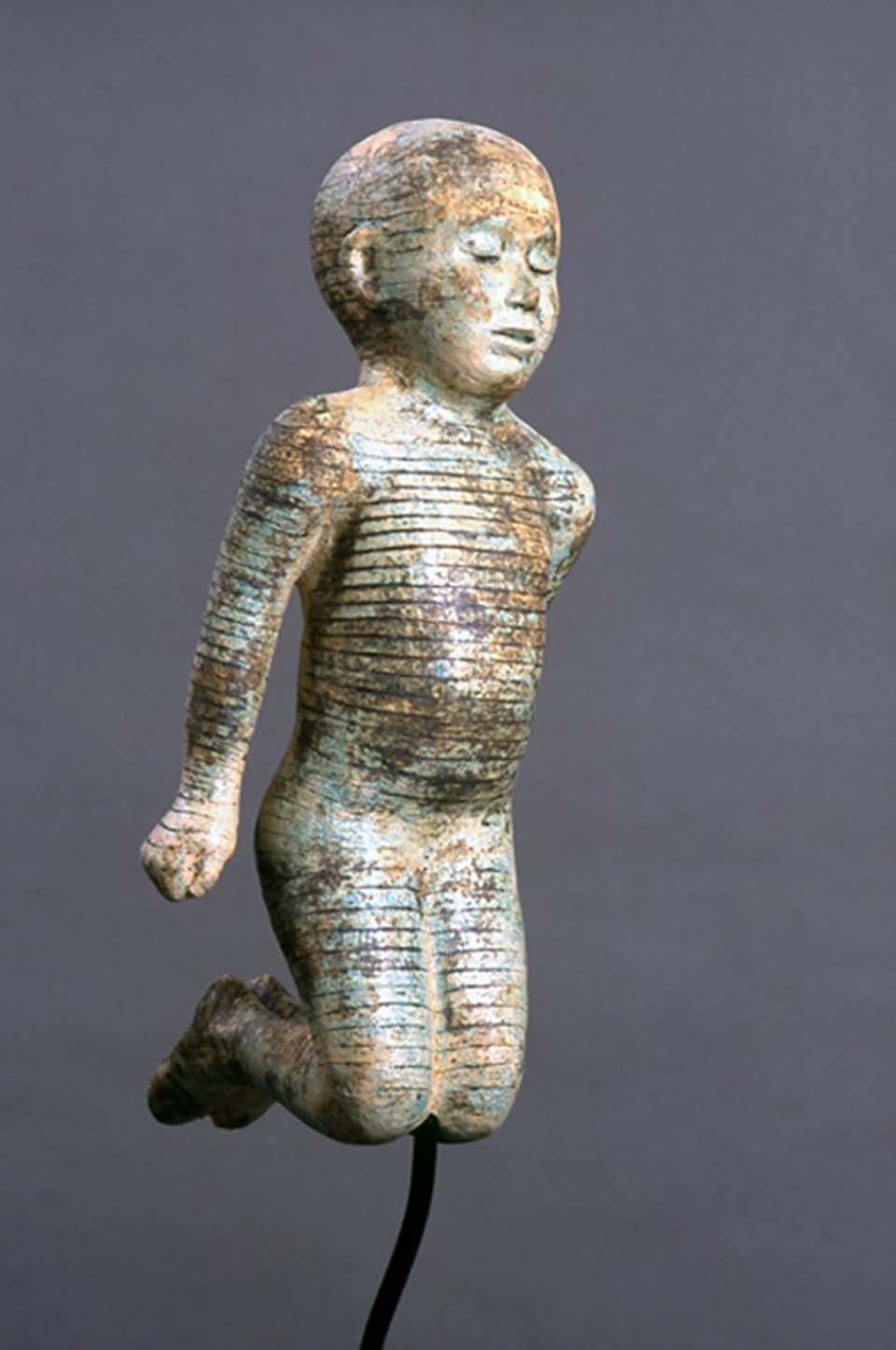